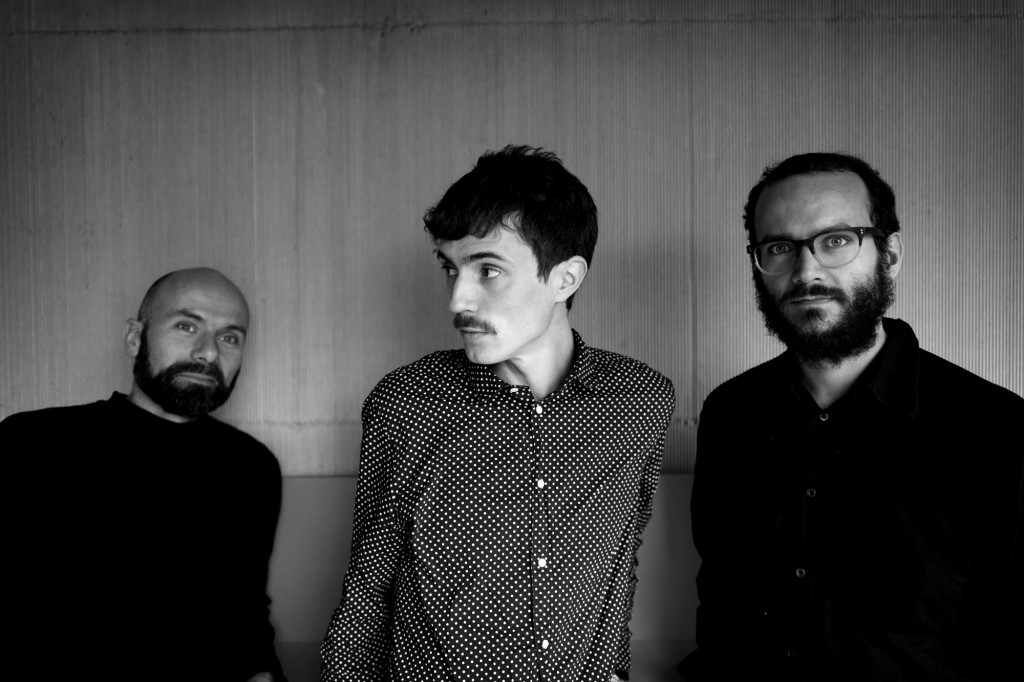 A and C often play together. A and B already know each other well. C and B feel it natural to meet and set up this constellation. A, B and C enjoy playing concerts in small churches. Improvisation is a vital process for A, B and C.

What you are reading may not be too helpful for understanding the music they play. Then imagine a contemporary chamber ensemble with some dirt in it - a small choir where each voice raises from the ground.

This trio is about knowing the music well enough to navigate freely and improvise, as a unit, with and around the written material. To instantly react freely to each other and create  music with authenticity and presence.  A musical attitude that the group has worked intensely on in recent years. The debut album holds a poetic and very melodic chamber musical expression contrasted by textures, preparations and microtonality. An almost architectural blend of abstraction and warmth is a strong ambition and trademark of the group.

This music does not care about genre or style. It is essentially about musical conversation and made for ears interested in dialogue. 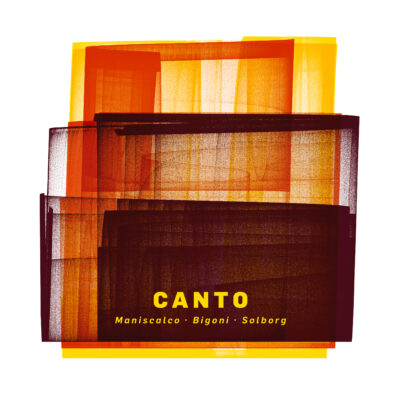 With a buzz in our ears, we sing our way through the cantos of a new book. Shout – or whisper – our musical poetry into a spacious realm of warm analog keyboards, strings and reeds, flooded with subtle electronics, granular processing and microtonality. Interwoven contemporary chamber music tableaux are carefully folded into a unique multilayered electroacoustic blend – grandiose and yet intimate. 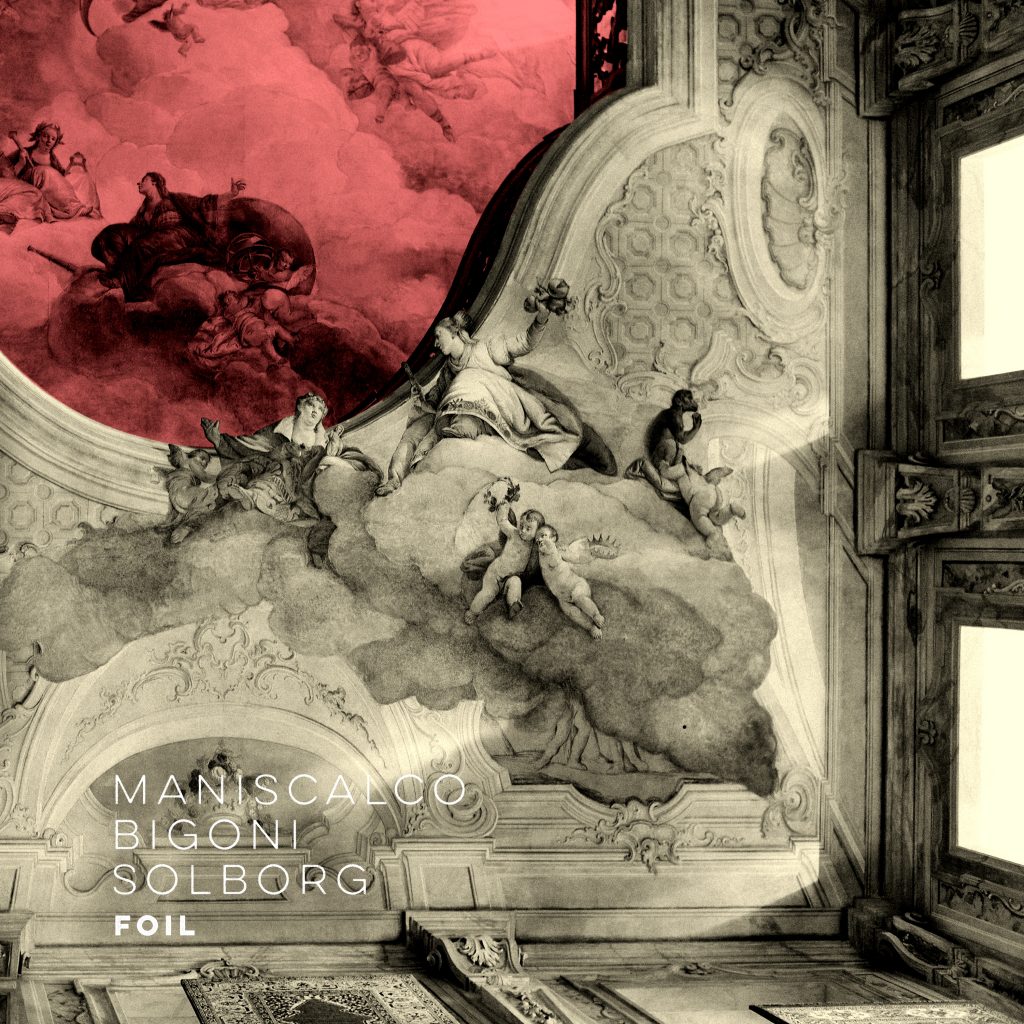 June 29th 2018 we released our second album. FOIL is recorded by Lara Persia (Lugano radio RSI, EMC a.o.) in the Ridotto (The Hall) of the old renaissance Theatre, Teatro Grande in Brescia. See these photos (!).

The album is a natural continuation of the debut: the thin boundary between composed and improvised output has grown even more seamless, longer forms are preferred together with oblique orchestrations and a somehow more raw sonic approach. Breathing and playing with the delicate room, we have cherished an investigative interest in musical conversation and interplay on an almost architectural playground infused with fertile textures and melodic landscapes for three voices.

Contemporary chamber music with room to explore musical poetics enhanced or emphasized by contrasting motions - much like the beautiful analogue three-dimensional ceiling of the Ridotto on the front cover of the album (shot by Maniscalco).

“Maniscalco is a treasure of pianistic intelligence and sensitive transparency .. Bigonis mastery of euro-classical clarinet with Solborgs textural guitar underneath .. Solborgs “Voices From the Ground” is a masterpiece.. This is grand!” – Bjarne Søltoft, Jazzspecial (DK)

♥♥♥♥♥ (5/6) Fascinating and original.  The trio are like three wise men .. and has created their very own sound with a melodic atmosphere of adventure and attention to the smallest details. – Christian Munch-Hansen, Politiken.

..this is music of the kind that makes the world stand still. The trio navigates freely and with intense concentration in chamber musical interplay.
– Niels Overgaard, Jazznyt

Live from Klub Primi of Copenhagen

Our debut album on ILK available as CD, Digital and a beautiful limited edition 180g LP. 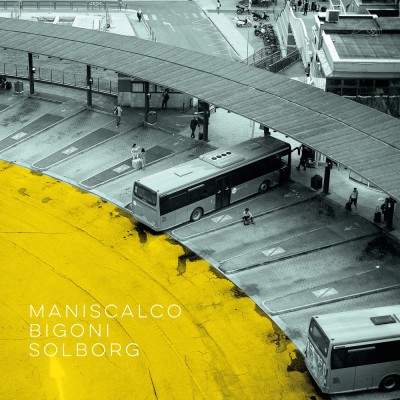 Happy ears all over Europe and in US:

★★★★★ (5/5)
..a masterclass of texture and microtonal subtlety. .. This recording deserves its five stars not only for it’s introspective beauty but also for it’s sense of quiet adventure and tasteful restraint. - Dave Foxall, Jazz Journal, UK

..hypnotic unshakable phrases and melodies ..one thinking organism that is capable of poetic beauty and strong spirituality. ..unique in it’s integrity, melodic language and contemporary-poetic atmosphere. What a stroke of luck ! - Jazznytt, Norway.

★★★★★ (5/5)"...you're surprised the album has drawn to a close without ever noticing the passage of time. This is probably due to the strength of the writing, something that really stands out on this excellent release. The beautifully composed themes which flirt with the music of silence, nostalgia and serenity, mean that I will surely be returning to this fine album for many years to come." - Joe Higham, www.freejazzblog.org

..remarkable talents.. Uncompromised music, alternating airy moments and brightly lyrical episodes, all defined by a simple and straightforward writing which luckily avoids self-satisfaction and virtuoso dribbling. The three musicians’ skills are clear from the first listening and shine even more through the next ones. - Carlo Boccadoro - Internazionale - april 2015

Introspective from first note to last, but always with uneasy thoughts and barely restrained eruptions of emotion. Like how a peaceful sky of thick grey clouds always has the ominous threat of lightning & thunder hanging over it. - Bird Is The Worm

This music is blown around the listener, left free to chase melodic ideas, silences, little abstractions, timbral mutations, timeless sweetness … What a beauty! - Enrico Bettinello, Blow Up (IT)

Uncompromised music, alternating airy moments and brightly lyrical episodes, all defined by a simple and straightforward writing which luckily avoids self-satisfaction and virtuoso dribbling. The three musicians’ skills are clear from the first listening and shine even more through the next ones.

[…] hypnotic unshakable phrases and melodies […] one thinking organism that is capable of poetic beauty and strong spirituality. […] The trio is unique in it's integrity, melodies and contemporary-poetic atmosphere. What a stroke of luck!

We could call it chamber music for the placidness of the sonic setting, the meticulous attention to dynamics, the absolute, never over-the-top instrumental control, the formal precision. We could, but … it wouldn’t do justice to a work, which goes far beyond the boundaries of such a definition.

- Vincenzo Roggero, All About Jazz Italy

Live from Koncertkirken in Copenhagen: 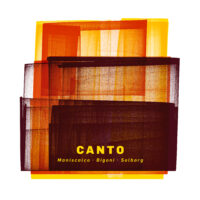 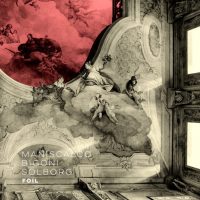 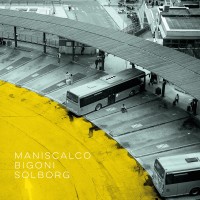