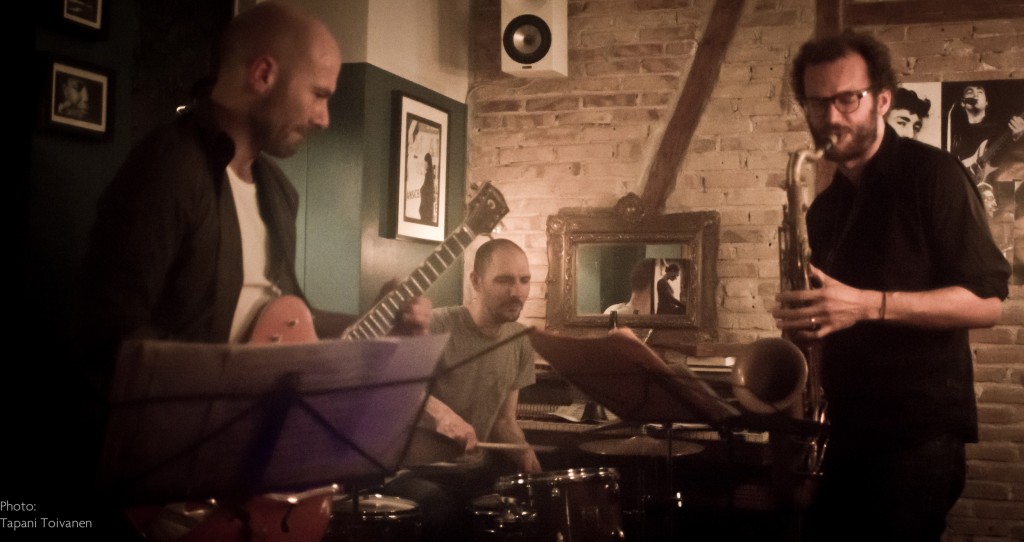 The group is currently inactive but the music lives on in other collaborations of Bigoni and me. Below you'll find info on the Hopscotch album.

" The trio Hopscotch - saxophonist Francesco Bigoni, guitarist Mark Solborg and drummer Kevin Brow - shares ... a love of genre- blurring improvisation. Based in Copenhagen, but hailing from Italy, Argentina and Canada respectively, its members bring a cosmopolitan approach to music that is - not surprisingly - devoid of stylistic and cultural borders. Over ten tracks that nicely balance moments of jarring abandon with meditative studies on tonal and textural variation, the trio shows not only the depth of its individual voices, but the extent to which group interplay, composition and improvisation can blend into a singular and compelling collective statement. Solborg’s original “Almost” is a case study in the group’s approach. Beginning with breathy saxophone overtones, brushed snare and plaintive, twangy guitar tones, the group deftly segues to a darkly beautiful and unpredictable composed line. Tenor mirrors guitar before emerging with an unaccompanied series of trills that are quickly joined by the full group in a rousing and extemporaneous buildup to a carefully composed conclusion. From the blistering tour-de-force “Brainwashing” to the album’s whispered conclusion, “E”, the focus never wavers from exploring the endless sonic possibilities "
-Matthew Miller, The New York City Jazz Record.

"..The three musicians compliment each other perfectly with no one musician standing alone but all acting together. ...All the players have strong voices. Bigoni's sax almost cries at times such as on the lovely frail sounding '2' and his tune 'Not Interesting, But True'. Here he repeats some very simple melodic ideas that the group builds on gradually giving the impression that each musician is searching for a new melody, very effective! But it is probably Mark Solborg's guitar which most links together the three players. His playing is particularly strong with a wide sonic pallet that comes up with a new solution for every tune. His playing is discreet yet utterly compelling."
- Joe Higham/ freejazz-stef.blogspot.com 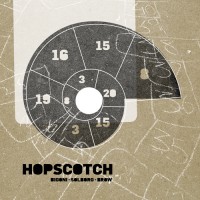