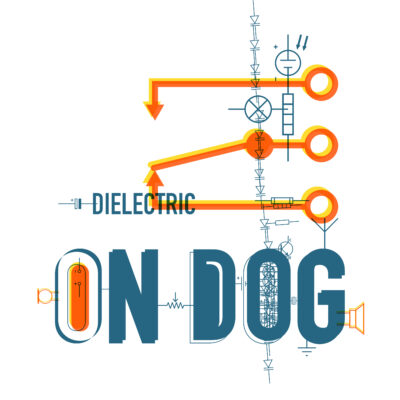 The Dog is loose again!
ON DOG’s long-awaited third album is out.

After 8 years of work, the early compositional strategies – mostly based on polyphony and long, through-composed forms – have been complemented by developing improvisational practices that are highly informed by the dense written material. The original threads – groove-oriented tracks with rocking bursts carried by baritone, guitar and drums on one end, chamber-like passages on the other – are now glued together into smaller, condensed forms, with an unconventional use of synthesizers, electronics and extended woodwind techniques. All performed by some of the finest and original players from Italy, Copenhagen and Berlin. Recorded in 2016 in the beautiful, reverberant Koncertkirken and the clear, generous, main room at The Village Recording in Copenhagen, these tracks stayed in the drawer, waiting for dissemination in small chunks and multiple formats to fit the iridescent quality of the music. The current lockdown due to the virus outbreak urged Bigoni and Solborg to synthesise these outcomes from another world into a single output.

The 2020 Dog has matured, is carefully selected and is as On as ever.

"Rarely have I heard a more intelligent use of electronics aiming at ensemble music with tonal valeur. Thanks for that - and for all the rest. ON DOG has with their mesmerising polyphonic melodic and rhythmical complexity consolidated their position as an International master-band with a truly original sound."

I assure you now, this album isn’t for the typical easy listener and do check your rotary volume control knob twice. Their dense writing is to be praised: there are elements of chamber-like passages, but also groove-orientated compositions blended with unconventional woodwind techniques and electronics. On Dog creates a sonic world where musical ideas are elongated, inverted and electronically charged.
- Thomas Fletcher, Jazzjournal (UK)

This mature group has acquired an impressive set of interesting voices and rebellious tricks. This dog is on the loose and is as On as ever.
(Eyal Hareuveni - Salt peanuts*)